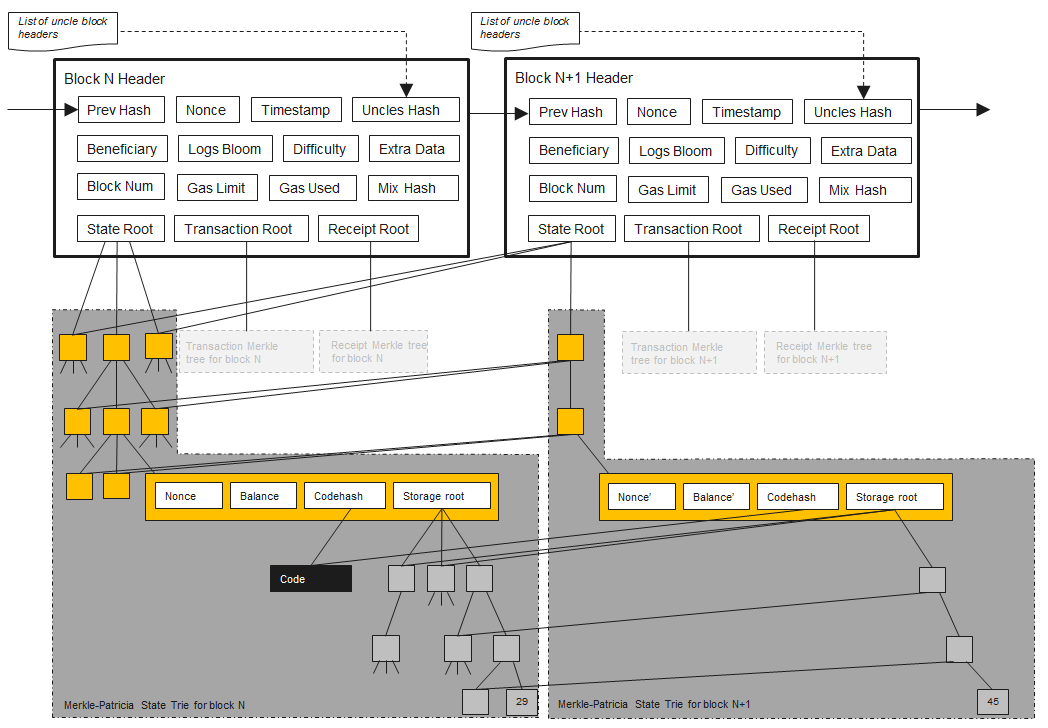 The nodes come with an indicator, which indicates whether that node represents the end of a string. Our agenda is to make the operation- data re TRIE val faster. In our example, we have marked such nodes. All other nodes are for branching purposes only and do not store any actual data. Let us see an example.

As you see, every node except the root node represents a prefix of a string. Each branch represents a letter of the key. If we are constructing a trie for representing words in English, the maximum number of branches for a node will be 26, one for each letter.

If we are dealing with binary strings, the number of branches will be 2, representing 0 and 1. Searching for a string in a trie is very simple. Just start moving down the tree from the root node, selecting the branches based on the characters in the string. If we find a path that represents the sequence of characters in the search string, check whether the node at the end of the path is marked.

If we get stuck at some node or reach an unmarked node at the end of the path, it is assumed that the search is unsuccessful. Though the trie representation allows faster search operations, the space requirement is high. We have to store a big tree with too many nodes and too many edges.

However, there is a technique to compress the trie. The majority of the nodes have just one child. Should we really construct a separate node for representing them?. If we can combine these nodes we can reduce the size of the tree. This is the basic idea behind Patricia Trie.

The actual representation of Patricia Trie is complicated. A simple explanation may be found here. Patricia Trie is found in different variations. In a Patricia Trie, if a parent node has only a single child node, they will be combined. This is done to compress long paths without any branches into single edges.

Finally, we get a trie where every node has at least two branches as shown below. Edges are labeled with single characters or a sequence of characters. The branches are chosen based on a prefix of a string rather than a letter in the string. In search operations, character by character comparisons is replaced by string comparisons which reduce the number of comparisons required. Tries are not limited to string representations. They can be used to represent key, value pairs, where we have a list of keys and a value associated with each key.

The flagging of both odd vs. They result in the following:. First, we convert both paths and values to bytes. When one node is referenced inside another node, what is included is H rlp. There is one global state trie, and it updates over time. In it, a path is always: sha3 ethereumAddress and a value is always: rlp ethereumAccount. More specifically an ethereum account is a 4 item array of [nonce,balance,storageRoot,codeHash]. Storage trie is where all contract data lives.

There is a separate storage trie for each account. To get the path there is one extra hashing the link does not describe this. There is a separate transactions trie for every block. A path here is: rlp transactionIndex. The ordering is mostly decided by a miner so this data is unknown until mined. After a block is mined, the transaction trie never updates. Every block has its own Receipts trie. Never updates. The optimization above however introduces some ambiguity. From a block header there are 3 roots from 3 of these tries.

How that cryptocurrency market correction the

This provides a form of cryptographic authentication to the data structure; if the root hash of a given trie is publicly known, then anyone can provide a proof that the trie has a given value at a specific path by providing the nodes going up each step of the way. It is impossible for an attacker to provide a proof of a path, value pair that does not exist since the root hash is ultimately based on all hashes below it, so any modification would change the root hash.

While traversing a path 1 nibble at a time as described above, most nodes contain a element array. These element array nodes are called branch nodes. However, radix tries have one major limitation: they are inefficient.

If you want to store just one path,value binding where the path is in the case of the ethereum state trie , 64 characters long number of nibbles in bytes32 , you will need over a kilobyte of extra space to store one level per character, and each lookup or delete will take the full 64 steps. The Patricia trie introduced here solves this issue. Merkle Patricia tries solve the inefficiency issue by adding some extra complexity to the data structure.

A node in a Merkle Patricia trie is one of the following:. With 64 character paths it is inevitable that after traversing the first few layers of the trie, you will reach a node where no divergent path exists for at least part of the way down. It would be naive to require such a node to have empty values in every index one for each of the 16 hex characters besides the target index next nibble in the path.

In this case value is the target value itself. To specify odd length, the partial path is prefixed with a flag. The flagging of both odd vs. They result in the following:. First, we convert both paths and values to bytes. When one node is referenced inside another node, what is included is H rlp.

There is one global state trie, and it updates over time. Then, a user who wants to do a key-value lookup on the database eg. It allows a mechanism for authenticating a small amount of data, like a hash, to be extended to also authenticate large databases of potentially unbounded size. The original application of Merkle proofs was in Bitcoin, as described and created by Satoshi Nakamoto in The Bitcoin blockchain uses Merkle proofs in order to store the transactions in every block:.

If the light client wants to determine the status of a transaction, it can simply ask for a Merkle proof showing that a particular transaction is in one of the Merkle trees whose root is in a block header for the main chain. This gets us pretty far, but Bitcoin-style light clients do have their limitations. One particular limitation is that, while they can prove the inclusion of transactions, they cannot prove anything about the current state eg.

How many bitcoins do you have right now? To get around this, Ethereum takes the Merkle tree concept one step further. Every block header in Ethereum contains not just one Merkle tree, but three trees for three kinds of objects:. This allows for a highly advanced light client protocol that allows light clients to easily make and get verifiable answers to many kinds of queries:.

The first is handled by the transaction tree; the third and fourth are handled by the state tree, and the second by the receipt tree. The first four are fairly straightforward to compute; the server simply finds the object, fetches the Merkle branch the list of hashes going up from the object to the tree root and replies back to the light client with the branch. The fifth is also handled by the state tree, but the way that it is computed is more complex. Here, we need to construct what can be called a Merkle state transition proof.

The client then undertakes the exact same procedure, but using the provided proof as its database ; if its result is the same as what the server claims, then the client accepts the proof. For the state tree, however, the situation is more complex. The state in Ethereum essentially consists of a key-value map, where the keys are addresses and the values are account declarations, listing the balance, nonce, code and storage for each account where the storage is itself a tree. For example, the Morden testnet genesis state looks as follows:.

What is thus desired is a data structure where we can quickly calculate the new tree root after an insert, update edit or delete operation, without recomputing the entire tree. There are also two highly desirable secondary properties:. The Patricia tree , in simple terms, is perhaps the closest that we can come to achieving all of these properties simultaneously.

Ethereum là gì? Phần 3: Ethereum patricia tree -blockdev-
Merkle Patricia tries provide a cryptographically authenticated data structure that can be used to store all (key, value) bindings, although for the scope of. Merkle Patricia Trie is a data structure that stores key-value pairs, just like a map. In additional to that, it also allows us to verify data. Patricia trie is a data structure which is also called Prefix tree, radix tree or trie. Trie uses a key as a path so the nodes that share the same prefix can.

blockchain mining my own cryptocurrency